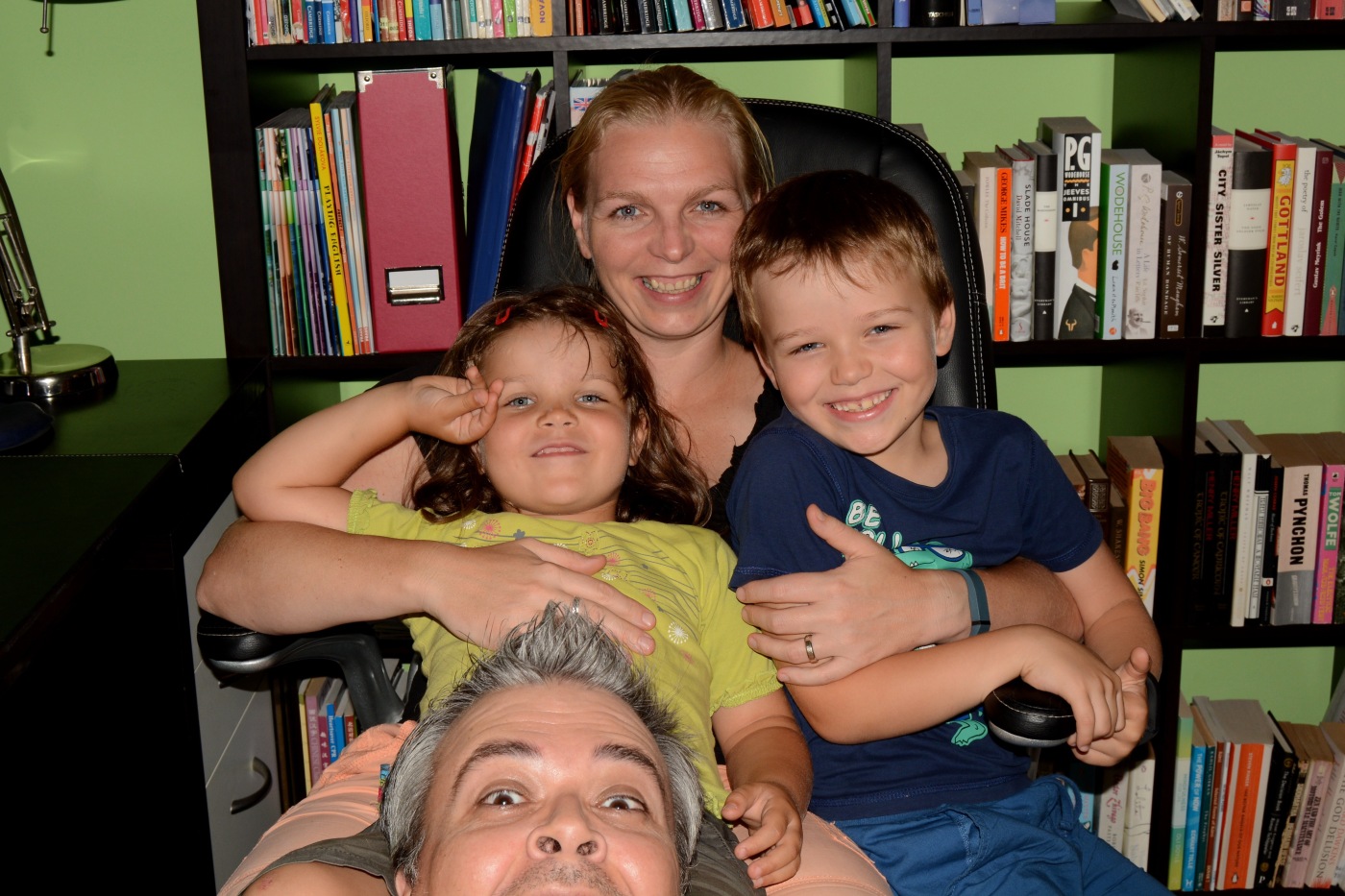 My children amaze me every day. They are loving, smart, inquisitive and inventive. There is only a two year age gap, so they form a great team. People keep saying, “that will change, they will grow further apart”. But it hasn’t happened yet and I see no reason why it should. Just because it has happened to their children, people seem to think that makes it a rule. Of course, it may happen but I see no reason to expect it.

David is six years old and Tereza is four. David has always looked after his little sister and Tereza has always learnt from him. She looks up to him but, at the same time, she is very strong-willed and won’t do everything he says. Because David has always taught her, as he has learnt, she already has many of the skills which he has.

It has been an amazing journey to watch them grow and their languages develop. As they grow older they seem to follow the same patterns as each other, making the same mistakes and the same improvements. I think my children are the most amazing kids in the world, but doesn’t everyone? I hope they do!

Before they were even born, my wife and I did research into the best way to raise bilingual children. And, so far, I think the rules we have followed have been shown to work. We didn’t reinvent the wheel, we just followed the advice which seemed to make sense to us.

I believe the most important rule is simply to separate the languages. I speak English and therefore that is the language I speak to my children, God forbid they should speak Czech like I do! So, of course, my wife only speaks Czech to them. My wife and I communicate in English but it is never used as a common language for everyone. This has meant that there is not so much confusion for them between the languages.

Another piece of advice, that I remember reading, is that your children are not performing monkeys. People will be amazed when they hear children speaking two languages, effortlessly switching from one to the other. But never let people request a show, “Say something in English, go on, please”. If the person they are speaking to is Czech my kids cannot understand why they would want them to speak English, so they don’t want to.

A lot of the credit for their successful development has to go, of course, to their amazing mother. Sometimes I wonder where she gets the energy, but she always has enough to ensure they get what they need and more. She has worked very hard with them so that their first language skills are above average and so they are not held back by being bilingual. There are certainly other children their age who don’t speak Czech as well as them.
My son has just started the first year of Primary School and he cannot wait to learn, learn, learn. He has already decided that he would like to speak French. This seems to be an added benefit of being bilingual, the early understanding of the fact that different languages exist and the wish to speak them. So who knows how many languages they will know in the future.

But, as proud as I am, I am not a pushy parent. I certainly believe in allowing children to find their own path. Then, I hope, they will be happy to follow it’s many branches to their final destination.

If you want happy, intelligent and loving children my final piece of advice would be this. Find yourself a life partner with those same qualities and hold on to them tight. That’s my plan anyway.

Go From Couch-Potato To SUPERFRY In No Time

A healthy lifestyle blog that brings you the best, most trusted resources created by real experts to help you achieve the best version of yourself