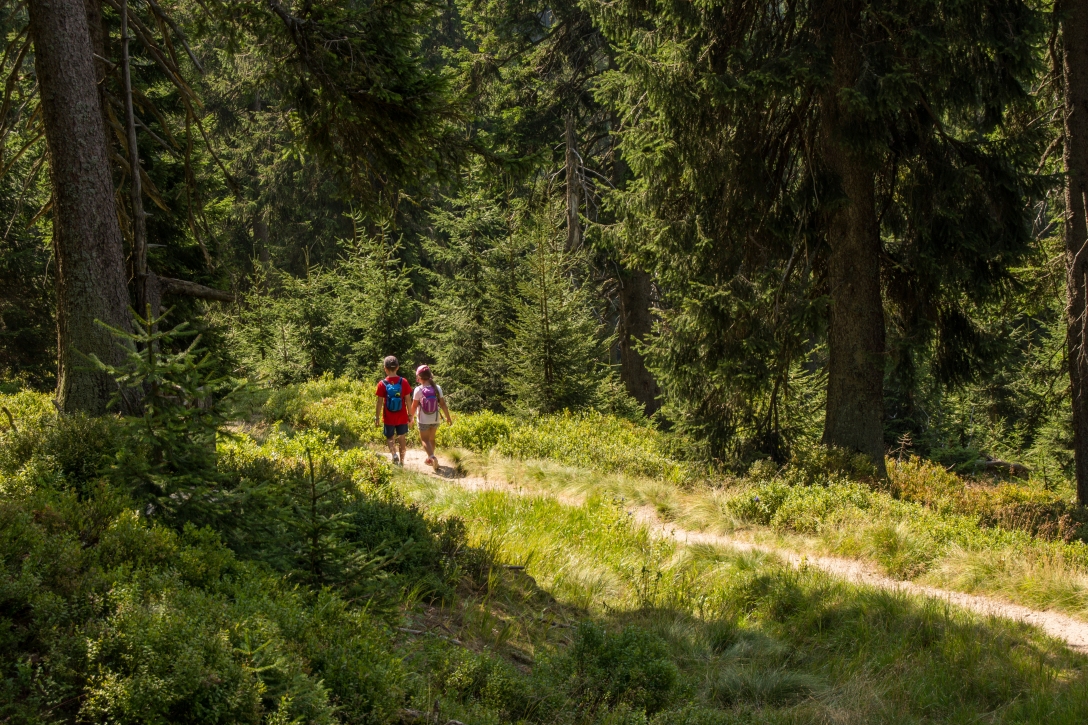 I have visited this National Park several times and, having lived in the Czech Republic for more than a decade, thought I knew what to expect of it. But a recent family trip proved to me how wrong I was.

Located along the northern Czech border with Poland, the Krkonoše National Park is one of the most famous and popular in this country. Containing the countries highest peak, Sněžka, it has a stunning collection of ski resorts, hiking and walking trails, as well as beautiful nature everywhere you look.

Now, I am not much of a hiker, my dodgy knees make me wary of getting too high as coming down is a jarring experience. Due to this I have never been to the peak of the highest mountain, so I had never experienced the difference in nature which the higher reaches of this mountain range contain. But a recent family trip, and a small improvement in my fitness, recently changed that.

We still did not visit the peak itself but stayed in a small skiing village, called Rokytnice nad Jizerou, for one week and enjoyed day trips in the surrounding mountains. Now they may not have been the highest, but they were high enough. And since our holiday took place during the recent European heat wave, it was fairly hard work every day. Hard work, but so satisfying. Physical exercise, beautiful nature and plenty of fresh air.

As I said, it was a family trip and we were all kitted out with our Camelbaks. Carrying 9 litres of water, between us, just about covered our needs for the day. But the best item we carried had to be our micro towels, nice and cooling when wet, they proved to have great recuperative powers, for both the children as well as my wife and I.

So what is so different about the nature? At the higher altitudes, the dense pine forests disappear and are replaced by sparse Scandinavian style nature. Low-growing trees, which look more like bushes, and space. There is much more space, if you can get away from the crowds. But that is relatively easy. There are some very popular trails, like going to the source of the Elbe, or Labe in the Czech language. But if you take a different route back you will be on your own in no time.

There are also many mountain chalets located throughout this area. Places to stop, take a break and buy some food and drink. If you are Czech this will probably mean a beer, but until I finish the day I stick to the water myself. Some of these chalets can be surprisingly large and offer a bit of fun for the kids too, they never lack in energy of course.

At the end of the week, I was happy to get home and rest my legs. But this was definitely one of the most enjoyable holidays I have had. A special mention should go to Hotel Helena, where we stayed. Returning there every day, where the kids could keep jumping and playing and my wife and I could collapse for a while, was a pleasure. This small hotel has good facilities and the food was excellent. Breakfast, a snack for the day and dinner were all included in the price. There was plenty of it and every meal was delicious. Oh and, of course, the beer was cold and refreshing too. Even more so than dipping your toes in one of the local streams.

This title was my prediction for the trip. A grumpy bugger, with a bad back, driving for hours, then walking for a couple of days surrounded by other people’s screaming children. Sounds like a recipe for disaster, doesn’t it?

We arrived on Sunday morning, checked in, got our directions and we were away. The whole process was easy, organised and efficient. Before we new it, the car was parked and we were exploring the park.

I didn’t totally know what to expect, but I would say the best thing about the park was its variety. There were amusements and activities to suit every age and taste. Starting with the classic Miniland, lots of famous places all made from Lego, was a great introduction. But the kids, especially my daughter were keen for some action, sightseeing could wait.

It’s been a few years since I was on fast, spinning, rides but they were great fun, even if I was slightly worried about losing by breakfast. And the pace didn’t slow from there, we crammed in as much as we could on day one, but didn’t panic because we had a whole second day to come.

We finished in the theme park at around 6pm and went to find our accommodation for the night. Believe it, or not, we were sleeping in a barrel, which reminded me a little of a hobbit home, just not underground. What a great idea, two little rooms, a fridge, clean, private, perfect for a one night stay. We used the communal bathrooms at the camp site, which were very near. I was a little nervous about this, since I had vague childhood memories of wading through water, I hope, to get to the showers at British campsites. But this couldn’t have been further from the truth. Every time I went to the bathrooms they looked like no-one had used them that day, well done Legoland, great job.

After a good night’s sleep we checked out and were ready for day two. This time we had a few ideas of the must do things, which we didn’t have time for the day before, plus the things which just had to be repeated. Even though we had the whole day, we could have still used another hour or two, there is just so much to do. But the second day had to end, and we had to drag the children away, with the promise of one last visit to the shop.

If anyone is thinking of paying a visit, go for it. Kids from the ages of 5 will be able to join in on almost all the amusements, if they are a little brave. My kids are 6 and 8, which seemed to be the perfect ages. And if it’s not normally your scene, don’t worry, this recommendation is coming from a grumpy bugger, just ask my wife. There have been many fun days during this summer. Lots of interesting places, chances to both play and relax. But one day stands out, our trip to the Welsh seaside.

My family and I live in the Czech Republic which, if you don’t know, is a landlocked country. No sea or ocean. Lots of lakes, where many Czech people spend their summers, but it’s not quite the same.

My children love water and sand, so this day in Wales was a rare opportunity for them. And the weather gods were kind to us, for once. It was a beautiful, warm, sunny day. The weather, in Wales, is inconsistent. That’s the nicest way I can put it. So when the sun shines, you have to take advantage of it.

So, we decided on a visit to Barry Island. Located in South Wales, near the capital city of Cardiff, this is a famous summertime destination in Wales. It has lovely beaches, as well as a small fun park and everything that a British seaside town usually boasts. Penny arcades, fish and chips, ice cream and seagulls to try and steal your prized treats.

But, of course, the best thing about any family day out are the smiles on the children’s faces. The excitement you can feel from them, when they are doing something new or different to the normal. Swimming in the sea and building enormous sandcastles, with my wife’s help. Looking through rock pools, in search of aquatic life. Being a child at the beach, that was my childhood in Wales.

For my kids, it is an occasional treat, but life in the Czech Republic has many compensations for the missing beaches, so they don’t miss out on much. And we crammed a lot into our few hours on Barry Island. They had the time of their lives, got some sun and filled their bellies. And even had time for a bit of rugby practice.

So Summer finally began. Sun, heat and fun. It’s all been pretty hectic so far, and there is still more to come. Excellent!

I will be writing, in more detail, about my family’s trip to the UK. But, for now, our trip was divided into two parts. Portsmouth in England, and then Wales.

First of all I have to say that Portsmouth was awesome. Two nights was just not enough, even for the historical dockyard. You could not imagine a place so full of history, so much to see, so little time. Historical ships, museums, hands-on exhibits and even an action centre to use up some of the kids excess energy. The city itself is a mixture of the old and the new. Historic buildings, quite often pubs, for the old and a modern shopping and entertainment complex for the young and the young at heart.

And then on to Wales, home. We spent more time in Wales. My nephew got married, we went to the beach, and then it rained. But that was no big deal, we were tired and just happy to spend time with family. And the Welsh countryside was, as usual, just stunning. If you want lush green rolling hills then this is the place, but you need a bit of rain to produce this combination. So, if it rains while you are there, bad luck. All you can do is pray that it stops, and then what you see will have been worth it.

This was the major holiday of the summer, so there were plenty of special moments to speak of in more detail. I will get to that soon, for now these two pictures tell the story so far. 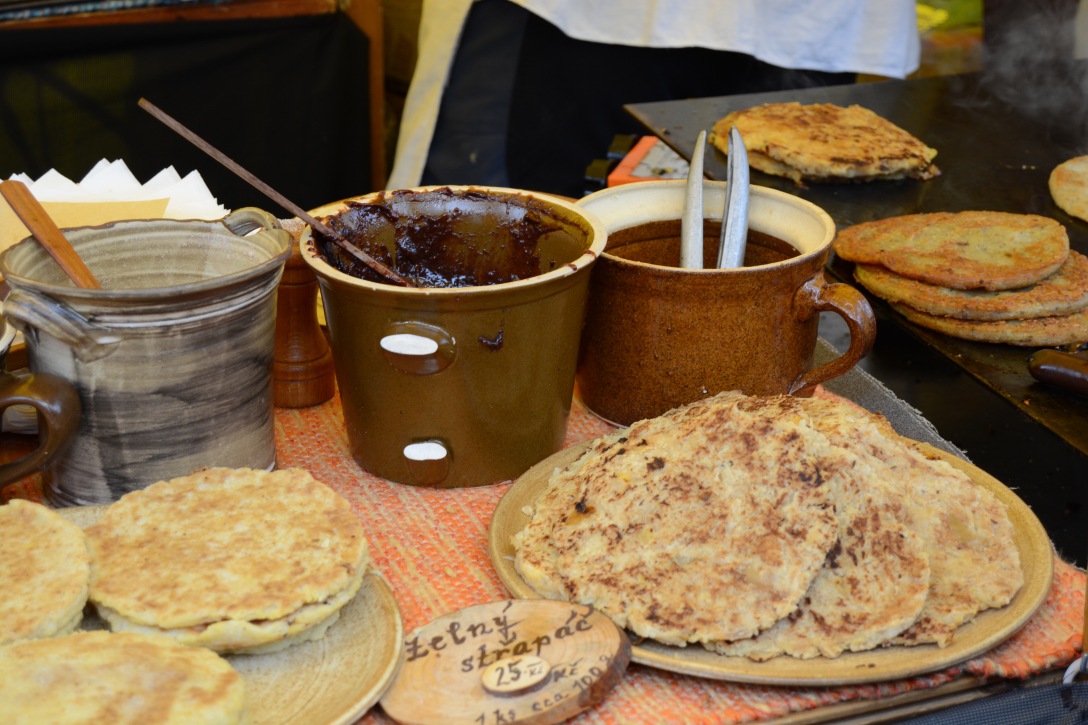 This Sunday was spent at a traditional Christmas market in a small village near where I live in the Czech Republic. This village, called Kuks, is famous for its historical buildings, and the market was located at the bottom of the gardens that belong to this chateau. But it is more than a chateau, it also has a building which was used as a hospital, although you would have to see it to believe it. The old hospital building is a beautiful piece of architecture and is fronted by some stunning statues.

The market was a typical affair, lots of craft items to buy. As well as mulled wine to drink, and lots of food to eat. The typical market food in this country is not exactly healthy, but warming on a cold winter’s day. Hot potato pancakes, grilled sausages, freshly cooked hot pastries. You go home a little bit fatter, but very satisfied. These markets are very popular, so you must be willing to queue patiently for the choicest items. Unfortunately, patience isn’t always my finest quality.

The train ride home was a sleepy one, we were all a little chilly and tired. But it was a lovely day out with my family when we had the chance to eat, drink and soak in some history and culture. And, of course, continue to get in the Christmas spirit.